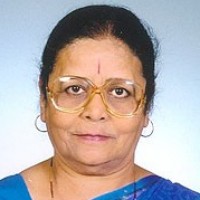 After her marriage in 1959, Leela Karambelkar moved residence to Dombivli, where she was engaged in several activities related to music, theatre and literature. She was awarded the silver medal for two consecutive years in the preliminary and final rounds of the Maharashtra Rajya Natya Spardha. She composed music for the play ‘Mumbaigeeta’.

She has been teaching music since 1968.