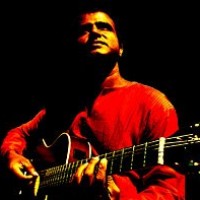 Amit Heri, a Bangalore-based composer and guitarist, was drawn to the jazz form and was awarded a scholarship to study at the Berklee College of Music, USA. He has performed at several music festivals with prominent artistes. His commercial releases include recordings with some of these artistes and his own compositions. Amit Heri has been composing in the jazz idiom. He has also gained a reputation as a composer for radio, television, theatre, specially choreographed dance presentations and feature films.