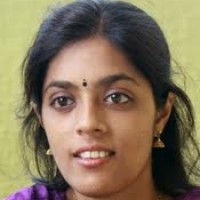 Ranjani began her training in Hindustani classical vocal misic under the tutelage of Kashinath Shankar Bodas, and later continued under Veena Sahasrabuddhe in Pune. In 2001 she was selected as a resident scholar at ITC Sangeet Research Academy (SRA) in Kolkata, with Ulhas Kashalkar as her guru. While at SRA, Ranjani also received guidance from Girija Devi. She has many performances to her credit.