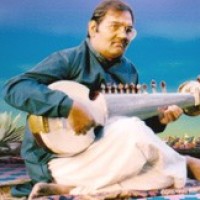 Basant Kabra was exposed to a musical environment at home right from his childhood. He started his training in sarod from the age of fifteen under his father Damodar Lal Kabra, a respected sarod player. Later, he was fortunate to receive rigorous instruction from Annapurna Devi, daughter of Allauddin Khan of the Senia Maihar gharana.

His performances have taken him across the country and abroad.