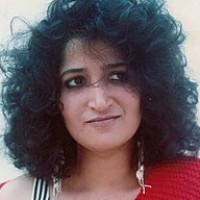 A familiar voice in the world of jingles, Vivienne has also lent her voice to film and album projects.